Don Paganelli of Paganelli’s Bass Fishing Experience celebrated his birthday in top form on Friday, April 24, when he caught and released his largest-ever spotted bass, an 8-pound beauty, on Bullards Bar Reservoir.

“This is the first time I’ve been to the lake in a couple of years,” he said. “I knew it was a pretty big fish when it jumped out of the water. My previous largest spotted bass was a 6-pounder.”

His wife, Denise, who was with him in the boat but not fishing, netted the beast.

“The fish was a big female that hadn’t spawned yet. The fish took me by surprise. It was my best-ever birthday present!” he explained.

The water temperature was 65 degrees when he landed the fish. The lake’s bass were mostly in post-spawn and spawn mode.

Paganelli also caught and released 15 other smaller spotted bass to 2 pounds that day. While Paganelli’s bass was a huge fish, there are even bigger bass at Bullards Bar that feed heavily on the lake’s abundant kokanee salmon population.

On February 12, 2017, Nick Dulleck of San Jose caught and released a 11-pound, 4-ounce spotted bass now recognized as the all-tackle world record-holder by the International Game Fish Association (IGFA). The fish measured 24.5 inches in length and 20.75 inches in girth.

Paganelli noted that although he found a parking spot for his truck and trailer, there were limited parking spots available, due to construction work. 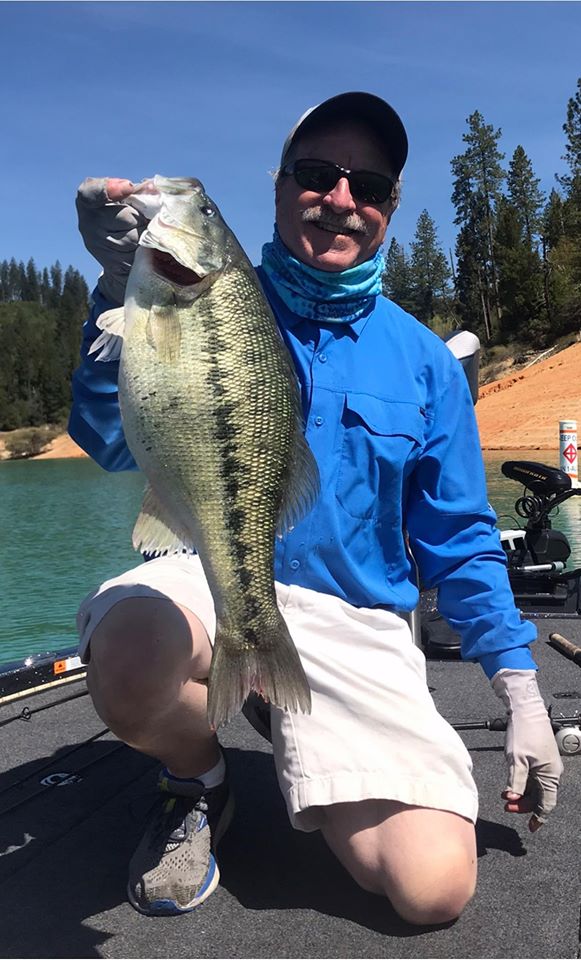