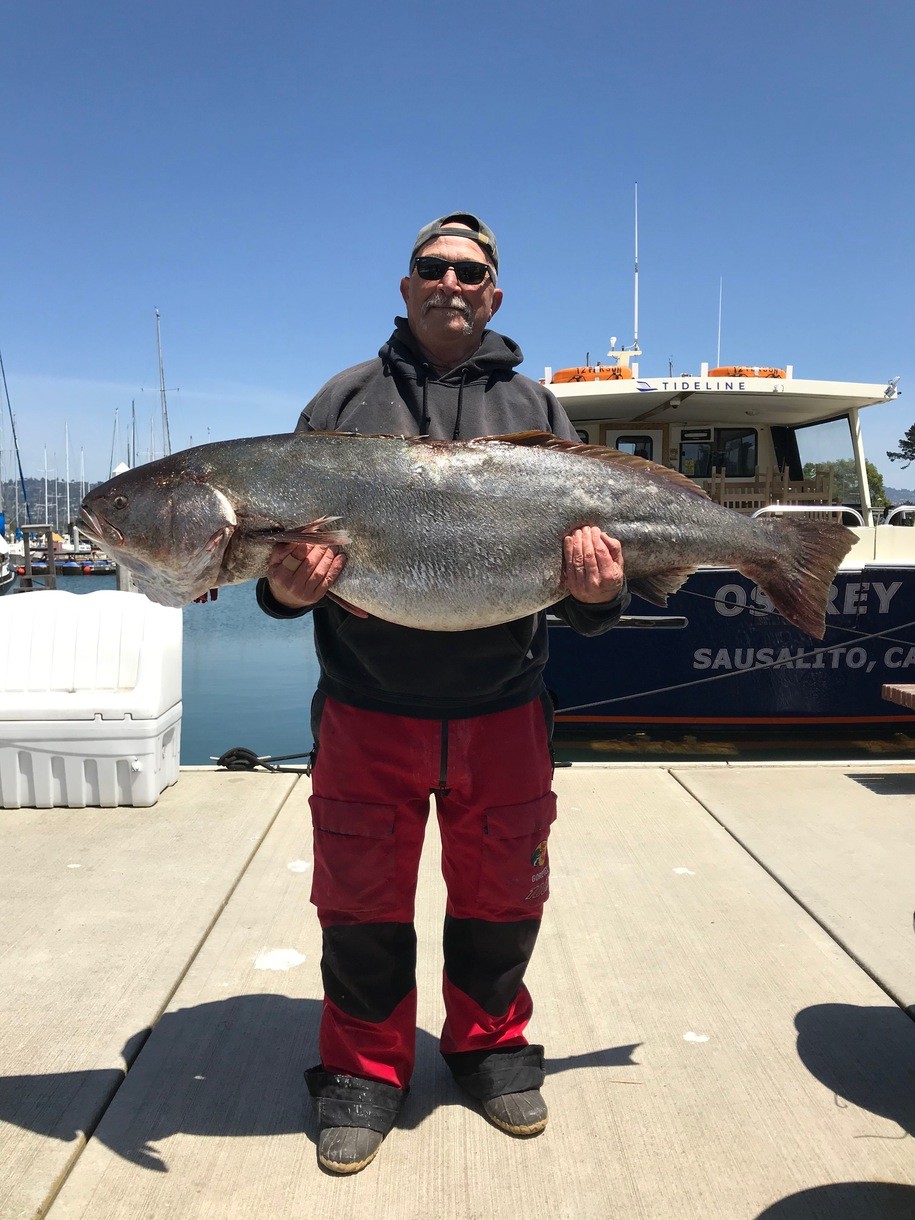 Jim Rogers of Woodland was drifting live bait from a private boat in San Francisco Bay on Saturday when he bagged a 78.2-pound white seabass, a migratory species more common in warmer waters off the coast of Southern California.

The angler weighed the fish on a certified scale provided by Jonathan Smith, captain of the Happy Hooker, at the Berkeley Marina.

“He pulled up next to our boat, and asked if we had a certified scale,” said Smith, who was working on the boat with his dad, Chris, at the time. “The scale was certified last on Jan. 28, 2019.”

“The fish was 62 inches long and is the biggest seabass I’ve ever seen caught. A 68-pound white seabass is the largest one that has ever been caught on our boat,” Smith stated.

The state angling record for white sea bass remains 79 pounds, caught on a lure by Justin Barry at the Pajaro River Mouth in Santa Cruz County on Oct. 14, 2011.

The Happy Hooker, Pacific Dream and other party boats haven’t been on fishing trips out of the Berkeley Harbor lately, as the shelter-in-place order is still in place in Alameda County, according to Smith.

“Private boaters are catching some halibut on the bay, now that live anchovies are available out of Fisherman’s Wharf,” said Smith. “Commercial fishermen have also picked up a few white seabass on the bay.”

On the morning of Aug. 20 last year, Smith and his customers experienced a phenomenal white seabass bite. The eight anglers and three crew members caught 33 white seabass to 20 pounds, full limits, along with five halibut and three striped bass. Information: (510) 223-5388.