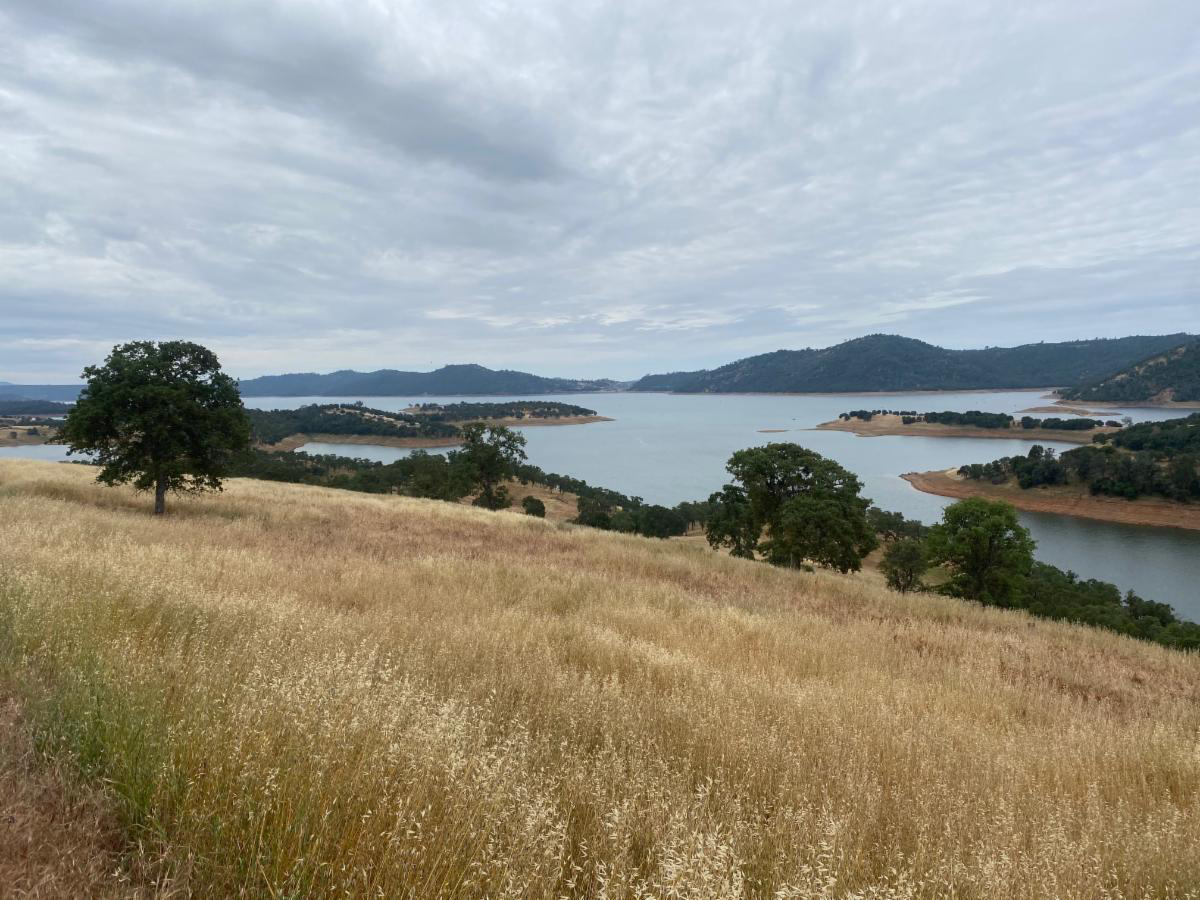 After being closed for over a month, New Melones angling has come back strong, with wide-open topwater action for bass and excellent trolling for Kokanee, according to Gene Hildebrand at Glory Hole Sports:
“New Melones Reservoir has 3 boat launches open for use with courtesy docks. Campgrounds and all Day Use areas remain closed due to Covid19 county regulations in place. The only fish cleaning station on Glory Hole Point remains closed due to a water line break. Tuttletown fish cleaning station is open for use.
New Melones Reservoir’s current lake level is 1040.85, dropping 3.50 since the lake closed April 3rd. New Melones is 47.15 ft. from full. Water temperature is reported to be hoovering around 68-70d.  Water clarity is good.
A word of caution when traveling from the rangers station towards Glory Hole Point: If you’re hauling any trailer over 10 ft. in height, be aware the Bureau of Reclamation has many oak trees that need to be trimmed to meet Federal Highway Administrations minimum vertical clearance on local roadways which is 14′. The trees overhang the road are creating hazardous driving conditions for you and your trailer/boat/rv having to often drive in the opposite lane of traffic to avoid these trees and prevent damage to your property.”
TROUT
“Rainbow Trout are being caught along with some really nice Brown Trout on the lake. Austin Reilly had this 9 lb. Brown slam his tackle while trolling a 3 Sons Tackle pink hoochie. The Kokanee on the fish board says how the rest of the day went for the two anglers from Amador.”

Jay Winchester of Lockeford also had a day landing a combo limit of Kokanee and Rainbow trout.

KOKANEE
“With the lake shut down at the start of Kokanee season, there was much anticipated chatter on how the season was going to play out. First day the lake was back open to angling after the closure, anglers were not landing much, nor were they marking fish on their graphs. That all changed pretty quick when HeadHunter SportsFishing went on a Koke expedition, breaking open the myth that it may not be a good year on Melones for Kokanee. Kyle Wise took the wife out and quickly hit a limit using Mag Tackle’s pink hoochie and pink dodger. The Largest Koke came in at a impressive 18″.”

BASS
“Reports coming in from the bass anglers is that the bass are hitting topwater baits and the bass are all over the lake. One angler reporting he fished until 4:00 am, landing over 100 bass and getting a strike on almost every cast using a crankbait. Now is the time to throw crank baits, swimbaits, glidebaits and chatterbaits to get a good bite. Change it up and hook on a weightless Fluke in Pearl White giving a twitch, twitch, pause retrieve.”
CRAPPIE
“Crappie are hitting minnows up in Angels Creek Arm as Brooks, Argie, and Jason shared their picture of a recent outing under a light at night.”
For more information, contact: