After a long battle, Joshua Giordano of Bangor landed a massive rainbow trout while fishing in the clear, cold water of the Thermalito Diversion Pool below Oroville Dam on the Feather River on Friday, May 22.
The official weight on the certified scale at the Feather River Fish Hatchery was 25.25 pounds on Tuesday, May 26. “The trout was 35 inches in length by 25 inches in girth, a truly amazing fish,” said Giordano.
Giordano caught the rainbow on a swimbait under a bobber. He was using a 10-foot 6 SST Okuma 10 to 20-pound line rod teamed up with a Helios 3500 series reel. He hooked the fish on 25-pound test Power Pro line, attached to a 15-pound Seagar leader. 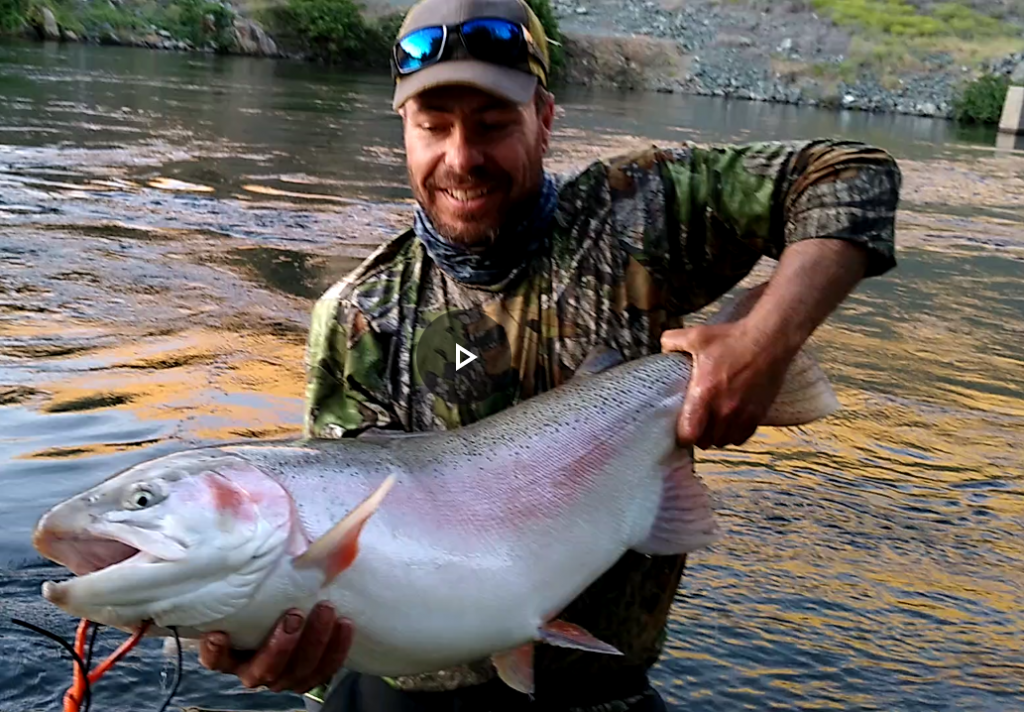 “I had a bigger fish on the day before that pulled the hook after a 1-1/2 hour battle,” said Giordano. “I have landed over 30 trout in the 20-pound class and it’s definitely in the top 3 for me.”
Giordano normally releases his fish, but kept this one because it was in the state record class and he wanted to weigh it on a certified scale. This is one of the largest rainbow trout taken in California in recent years.
The story doesn’t end there. On the same day that Giordano weighed in the fish at the hatchery, he reported catching and releasing an even bigger fish (that he caught on video).
“She taped at 37 by 26 inches – and would have been just over 29 lbs. if I did the calculations right,” added Giordano.
There are three categories for rainbow trout records California – for inland rainbow, domestic rainbow and steelhead rainbow trout.
The current state inland rainbow trout record is 27 pounds, 0 ounces, caught at Lake Natoma by Frank Palmer of Orangevale on October 2, 2005.
The state domestic rainbow trout record is 28 pounds, 5 ounces, set at a private lake in Butte County by James Harrold of Cohasset at on January 3, 2006.
The state steelhead (anadromous rainbow) record is 27 pounds, 4 ounces, set on the Smith River by Robert Halley of Crescent City on December 22, 1976
The Diversion Pool is a tailwater fishery, just like Lake Natoma. Trout in both waters grow big and fat while feeding on Japanese pondsmelt and other forage.
The Diversion Pool is part of the Lake Oroville Recreation Area. Following Governor Gavin Newsom’s direction on moving the state into Stage 2 of the COVID-19 Re-Opening Plan, the California Department of Parks and Recreation reopened the recreation area, including the Thermalito Diversion Pool, to the public on May 15. Information: (530) 538-2219.