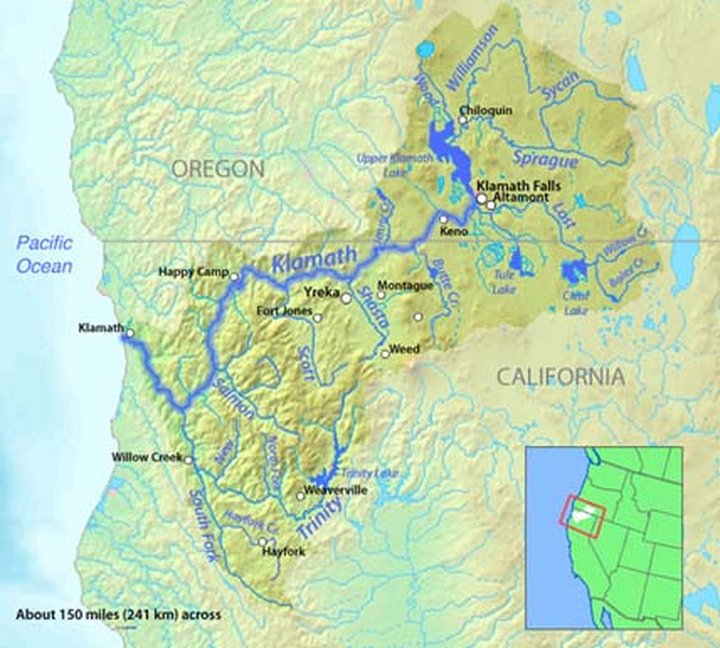 WASHINGTON, D.C. – The U.S. Supreme Court today refused to hear the case of Baley vs. United States, an 18-year-old case regarding water rights on the Klamath Basin, agreeing with the Court of Appeals that Basin irrigators’ water rights were subordinate to the Tribes’ federal reserved water rights.

The court’s refusal to hear the case brought by Klamath Basin irrigators “settles for good” the question of whether reduced water deliveries to Klamath Basin agricultural producers in 2001 constituted a “taking” of private property under the Fifth Amendment, according to a statement from Earthjustice.

The Court of Appeals argued that the federal reserved rights of the Tribes “need not have been adjudicated or quantified before they were asserted to protect the Tribes’ fishing rights.” The decision is available here: www.cafc.uscourts.gov

“For the foregoing reasons, we agree with the Court of Federal Claims that appellants’ water rights were subordinate to the Tribes’ federal reserved water rights,” the Appeals Court concluded. “We therefore see no error in the court’s holding that the Bureau of Reclamation’s action in temporarily halting deliveries of Klamath Project water in 2001 did not constitute a taking of appellants’ property. Because the parties agree this ruling is dispositive of the case, we need not reach appellants’ remaining arguments on appeal noted above.”

“We are pleased that the Supreme Court has declined to hear this case, and upheld the Federal Circuit’s decision,” said attorney Stefanie Tsosie of Earthjustice, a nonprofit environmental law firm that has been involved in this case for 18 years. “This decision affirms sound and settled principles of Tribal reserved water rights. Earthjustice has long worked to protect and restore the Klamath River and its salmon, which hold significant cultural value for Tribes in the Klamath Basin and are essential to sustaining the West Coast commercial salmon fishing industry.”

Likewise, Tom Schosser, Attorney for the Hoopa Valley Tribe, said in a statement, “The U.S. Supreme Court today upheld the senior water rights of the Hoopa Valley Tribe and other tribes in Baley v. United States. Baley and other Klamath Irrigation District farmers argued that the federal government took their water without compensation in 2001 when water deliveries were delayed in order to satisfy the needs of endangered fish in Upper Klamath Lake and salmon in the Klamath River.”

“The appeals court disagreed, reasoning that because the Tribes’ water rights were reserved in the 19th Century, they were entitled to be satisfied first before the farmers were entitled to any water. The court said that because the tribes had a priority right to enough water to support fisheries, the Bureau of Reclamation’s compliance with water flows required by the Endangered Species Act did not harm junior water rights holders. Today, the Supreme Court refused to review or overturn the lower court decisions,” Schlosser stated.

The Pacific Coast Federation of Fishermen’s Association (PCFAA), the largest and most active trade association of commercial fishermen on the West Coast, was also pleased with the Court’s decision.

“By not hearing the case, the Court affirmed that the Yurok Tribe (and as co-equal with those rights, salmon under the ESA) have the most senior federal water rights to Klamath water as opposed to junior water right and contract holders irrigators getting water from the Klamath Federal Irrigation Project,” the group said in a statement. “PCFFA intervened in that US Court of Claims original “takings” case by the Klamath Irrigation District and other irrigation water users that was spun off from the 2001 federal water project cutbacks our related Court victory required to provide sufficient water flows in the river to save ESA-listed SONCC coho in the Klamath from extinction.”

The Klamath Water Users Association (KWUA) said they were “disappointed” with the Court’s decision to not hear the case.

“The United States Supreme Court has denied a petition requesting that it review a lower court decision that ruled Klamath Project irrigators were not entitled to compensation for the re-allocation of water under the Endangered Species Act (ESA) in 2001,” according to a KWUA press release. “The one-sentence order in the case, named Baley v. United States, does not mean that the Supreme Court agreed or disagreed with the decision; rather, it means only that it declined to take up the case.  The Court similarly denied review in over 75 cases today: https://www.supremecourt.gov/orders/courtorders/062220zor_mjn0.pdf.”

According to Earthjustice, the lawsuit began 18 years ago when a group of water districts and individual farmers in the Klamath Basin of southern Oregon sought compensation under the Fifth Amendment, as well as damages for breach of contract, over reduced Bureau of Reclamation water deliveries from the Klamath Project for irrigation in 2001.

“Because it was a drought year, plaintiffs with junior water rights received less water than expected. However, the Federal Circuit found that the water available in 2001 was necessary to fulfill the senior water rights of Tribes in the Klamath Basin and so the plaintiffs had no property interest in water required to satisfy the Tribes’ right,” Earthjustice said.

Earthjustice represents the Pacific Coast Federation of Fishermen’s Associations, an organization of commercial salmon interests that have faced drastically reduced fishing seasons and incomes because of declines in Klamath River and other salmon populations.

In March 2002, the G.W. Bush administration, under heavy political pressure from Klamath Basin irrigators, opened up the gates of the canal suppling Klamath Water Project water and then delivered water to the irrigators after reversing the previous Bureau decision that protected Klamath River flows for fish and Tribes.

This change in water policy favoring irrigators over fish and Tribes resulted in the Klamath River Fish Kill of September 2002, when over 38,000 salmon perished in the lower Klamath on the Yurok Reservation because of an outbreak of disease in the low, warm water conditions. F