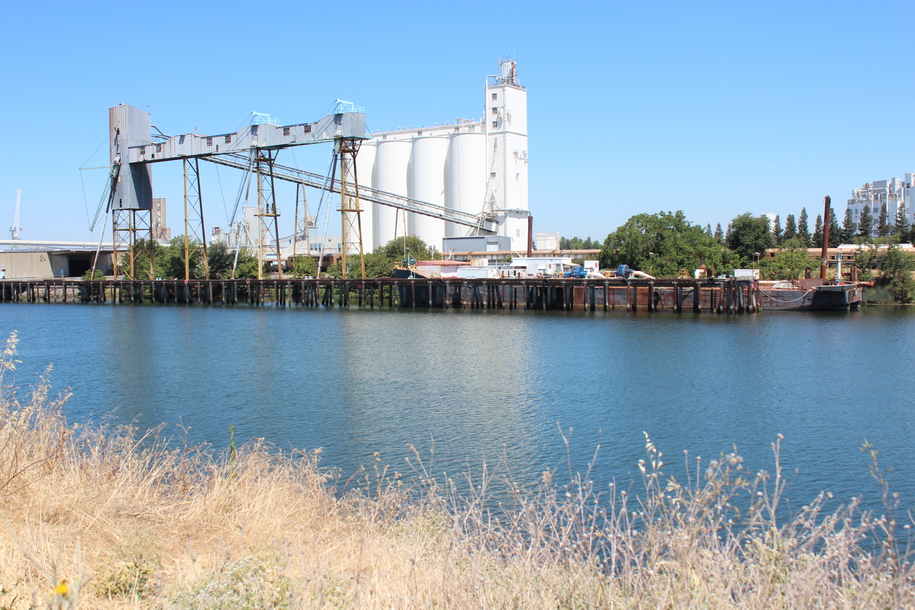 For many years, public bank angling access to the Port of Sacramento and the  Sacramento Deep Water  Ship Channel was problematic. This all changed in November 2007 when the Barge Canal Recreational Access to the port area was opened.

The port of Sacramento and Port of Sacramento  first became known by anglers for the large channel catfish that were caught in the late sixties and early seventies, but the average size of the fish has declined in recent years. The explosion of the catfish population was probably spurred by the influx of food and nutrients that took place when the port was finished in 1963.

Now most of the cats are fish in the 1 to 2-pound range, with an occasional larger white or channel catfish. Mackerel, chicken liver, nightcrawlers, minnows, sardines and prepared baits are your best bets for the whiskerfish.

In recent years, the port and ship channel has supported a popular fishery for striped bass, particularly in the fall, winter and spring, as well a good local spot to nail catfish at night during the summer.

Black bass anglers also enjoy fishing the barge canal and deep water channel. Anglers hook lots of fish in the 1 to 3 pound range, along with some larger fish, while fishing Carolina-rigged Senkos, jigs and other lures. Although spring is the best time for port black bass, these fish can be caught year round off the tules and brush around the barge canal.

For example, on my most recent trip to the port, two anglers, Kevin Zhong and Xia of Sacramento, caught four quality bass in the 2 to 3 pound range while fishing redworms in the port from a zodiac. 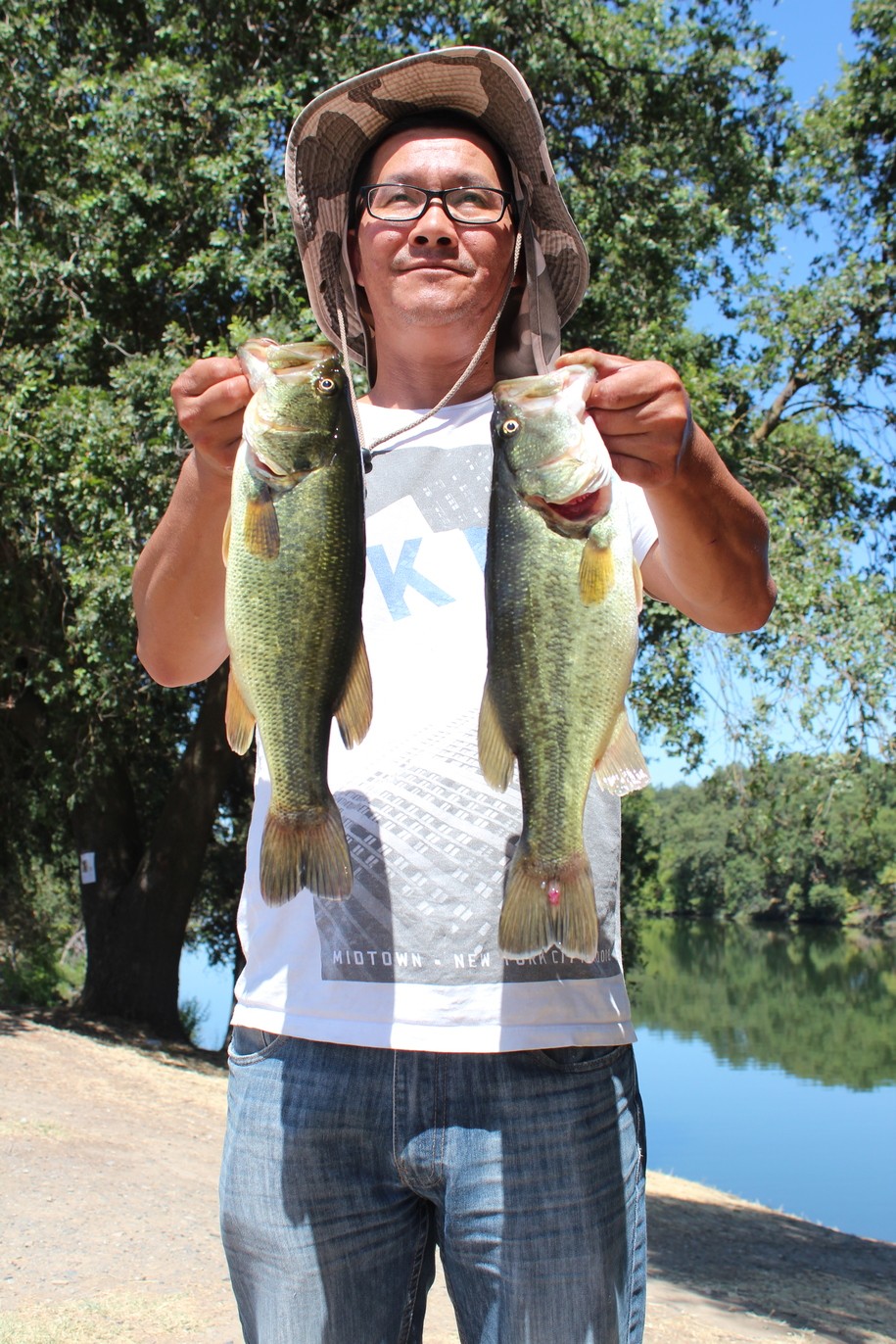 The ship channel is not just a popular fishery, but is one of the remaining habitats for Delta smelt, an endangered species.

According to Tom Cannon in his California Fisheries Blog on the California Sportfishing Protection Alliance website, “Delta smelt are attracted to the Sacramento Deepwater Ship Channel in winter and early spring to spawn in the relatively warm, low salinity, turbid, and more productive water. The adult smelt can also easily tidal-surf up the ship channel without having to content with strong downstream currents of the Sacramento River channel.”

Cannon recommends opening the gate in the Ship Channel’s north end, closed for many years, to provide cooler and fresher water for the smelt.

Because of decreasing use and concern over increasing costs, the City of Sacramento decided to stop operating the locks connecting the Barge Canal and the Sacramento River on a daily bass and the locks no longer remain open. 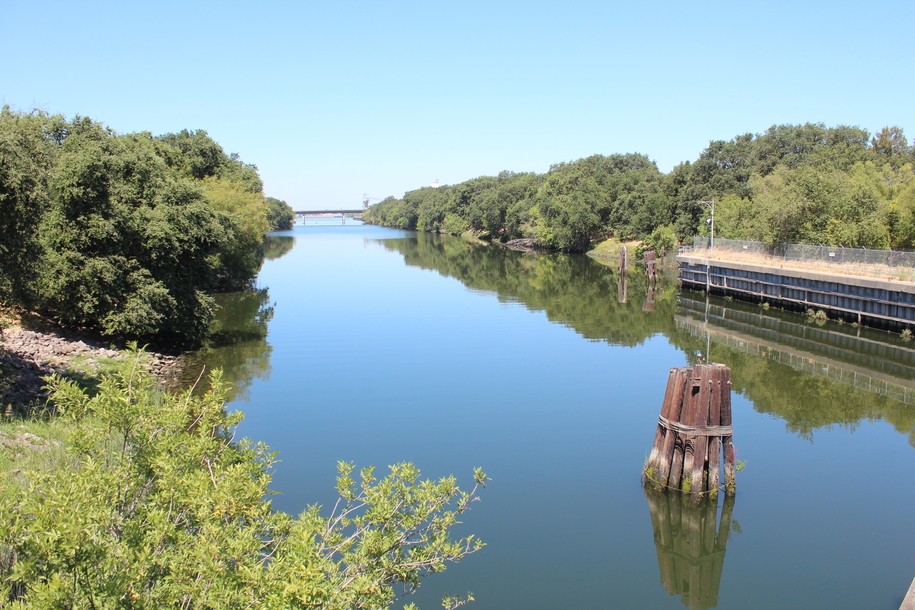 The port is now a dead end slough, with the water coming up through Cache Slough with a higher salinity level on the high tide – and bigger tidal movement -than the Sacramento River in the metropolitan area.

The port has a long and fascinating history. In July 1946, the Port construction project was authorized by Congress and signed by President Harry S. Truman. In September 1960, the harbor and turning basin dredging was completed and ‘clean-up’ work on the channel was done in December.

On June 29, 1963, with 5,000 spectators waiting to welcome her, the Taipei Victory arrived and the Port opened for business. A three-day event celebrated the Port’s dedication.

Striped bass are caught throughout the year, but the port really gets going from October through April when the stripers move into the port to feed on the big schools of shad that congregate here. “The shad look for a calm backwaters like the port to spawn,” said Dennis Pfanner at Sacramento Pro Tackle.

Most of the keeper-sized stripers caught in the port are in the 18 to 28 inch range, but much bigger fish are landed here every year, including lunkers up to 40 pounds.

Spooning with Gibbs Minnows, Blade Runner spoons and  other lures is highly effective when the water temperature cools down and the shad school up in the port. The trick here is to find stripers balled up on schools of shad.

For example, Rick Tietz of Blade Runner Tackle found topnotch catch and release striper action while spooning on a trip to the Sacramento Deep Water Ship Channel on July 7. “We found a nice school of stripers, spooning about 30 linesides with the 2.5-ounce UV Black working best,” Tietz said. 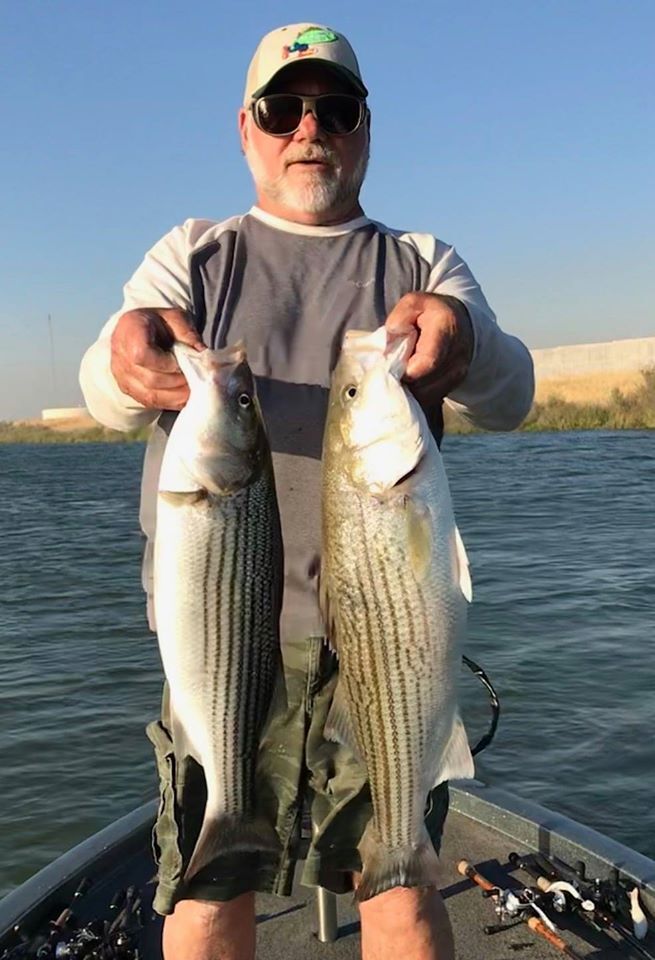 The Washington Outboard Club is a member-oriented fishing club that resides in the Port of West Sacramento. Membership is limited to 600 members. Each June, new members are brought into the club to maintain maximum membership at 600. Membership in the WOC is open to boat owners age 18 and over with a boat not greater than 21 feet in length, and not greater than 3,500 pounds in weight. You MUST own a boat and a tow vehicle. Your name MUST be on the registration papers. Hours of access to the Port are 5 a.m. to 10 p.m.

TO APPLY FOR MEMBERSHIP, you must complete the application (www.washingtonoutboardclub.org). During the coronavirus shelter in place period you may submit one by text, email or mail. Text or email applications to the club’s Secretary, Tom Lee, (916) 425-9205 tlee5960@sbcglobal.net . Mail in applications should be sent to W.O.C. P.O. Box 1226, West Sacramento, CA 95691. At this time, the waiting period for membership is one to three years.