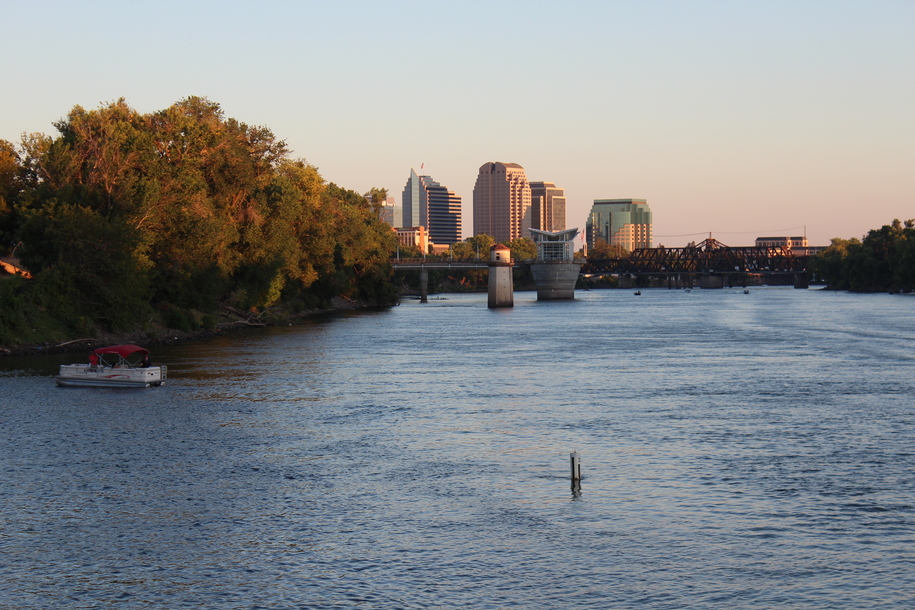 SACRAMENTO – California Governor Gavin Newsom on July 28 unveiled a final version of his controversial Water Resilience Portfolio, a water plan that that includes the Delta Tunnel, Sites Reservoir and the agribusiness-promoted “voluntary agreements.”

The plan drew praise from agribusiness interests and water agencies — and strong criticism from salmon advocates, Tribal leaders and environmental justice leaders for the damage that they say the  tunnel, new reservoir and voluntary agreements would could cause to the San Francisco Bay-Delta Ecosystem, imperiled salmon and steelhead populations and West Coast fisheries.

The Governor described the portfolio as the Administration’s blueprint for “equipping California to cope with more extreme droughts and floods, rising temperatures, declining fish populations, over-reliance on groundwater and other challenges. “

“The portfolio outlines 142 state actions to help build a climate-resilient water system in the face of climate change,” according to a press release from the Governor’s Office. “The actions tie directly to Administration efforts to carry out recent laws regarding safe and affordable drinking water, groundwater sustainability and water-use efficiency. They also elevate priorities to secure voluntary agreements in key watersheds to improve flows and conditions for fish, address air quality and habitat challenges around the Salton Sea and protect the long-term functionality of the State Water Project and other conveyance infrastructure.”

“Water is the lifeblood of our state, sustaining communities, wildlife and our economy,” said Governor Newsom. “For more than a year, my Administration has worked to assemble a blueprint to secure this vital and limited resource into the future in a way that builds climate resilience for all communities and sustains native fish and the habitat they need to thrive.”

“The state’s playbook for managing water in coming decades must be broad and comprehensive,” said Secretary for Natural Resources Wade Crowfoot. “The portfolio identifies how the state can help regions maintain and diversify water supplies, protect and enhance natural systems and prepare for a future that looks very different from our recent past.”

The priorities set forth in the portfolio include the following:

State agencies said they intend to track and share progress on portfolio implementation with an annual report and “stakeholder gathering.”

Michael Quigley, Co-Chair of Californians for Water Security, a pro Delta Tunnel group, lauded the portfolio in a statement.

“The Governor’s Water Resilience Portfolio establishes a comprehensive vision for preparing California for future challenges to our water supply,” said Quigley. “We strongly support the Portfolio’s emphasis on modernizing our aging water distribution infrastructure by moving forward with the Governor’s Delta Conveyance project. It will protect the water supply for essential two-thirds of Californians from the very real risk of earthquakes, more extreme floods, prolonged droughts and sea level rise. This project is needed to protect and enhance our state’s water security into the future. We will continue to support the Administration to push this project forward.”

However, Regina Chichizola, the co-director of Save California Salmon, disagrees strongly with Gavin Newsom and Wade Crowfoot’s rosy assessment of the water portfolio’s promotion of the Delta Tunnel, Sites Reservoir and voluntary agreements.

“Governor Newsom is continuing to sell out our rivers and salmon to benefit water brokers and large agricultural corporations,” said Chichizola. “These are the same corporations that are polluting our rivers and drinking water, then exporting their products.”

“The governor’s talk about social justice, working with Tribes, and righting historical wrongs rings a little hollow right now as hundreds of Tribal members and multiple Tribes have protested the water grabs that he continues to prioritize with this final Water Portfolio,” she concluded.

Kathryn Phillips, Director of Sierra Club California, descried the water portfolio as a “catalog, not a plan” and criticized the portfolio for relying on the Delta Tunnel.

“The much ballyhooed water portfolio, that the governor originally promised would identify ways for regions to become more resilient to climate change and accompanying water system uncertainties, falls well short of its promised mark,” said Phillips in a statement. “It is a catalog, not a plan. And it relies on an expensive boondoggle of a project–a Delta diversion–left over from the 1940s, when climate change wasn’t on most peoples’ radar.”

“While the document acknowledges the need to preserve natural ecosystems, the projects and policies it advances would put those ecosystems and water quality for certain communities at risk. If this was implemented today, we could count on a rapid decline of water quality and economic health in the Stockton region, a stagnation of the San Francisco Bay, and a heavier ratepayer burden without improved water access in Southern California,” she stated.

“Somehow the state needs to make a clean break from the same old, tired ideas of the past that have drowned its water policy,” said Phillips.

Bill Jennings, Chairman of the California Sportfishing Protection Alliance (CSPA), described the portfolio as a “trip through Disneyland.”

”It’s not going to happen,” said Jennings. “it’s a disaster waiting to happen. It denies the reality of the political landscape in California.”

On March 2, over 200 people,  including members of at least seven California Indian Tribal nations, along with some recreational anglers and environmentalists, marched on the meeting room of the Sheraton Inn in Redding on the evening of March 2, shouting “Shut It Down” and “No Water for Profits,” in strident opposition to the Governor’s Delta Tunnel project.

After marching into the room, they testified before the Department of Water Resources staff about damage that would be caused to their livelihoods and culture if the Delta Tunnel is constructed. The meeting only took place under pressure from the Hoopa High Water Protectors Club and their allies, who demanded at the first scoping meeting on February 3 that a meeting be held in the north state.

There were so many speakers that the DWR moderators, under pressure from all of people who had traveled there, finally decided to hold the comment period a half hour longer than originally planned. Not one person who showed up indicated support for the Delta Tunnel.

Annelia Hillman of Orleans, Yurok Tribal Member and artist, set the tone for the evening when she got the crowd chanting “Shut it Down!” during the rally. Hillman said it’s time for disruption, pointing out that this disruption should take place in two way — the personal and the systemic.

“First, it’s got to start with us by making small changes,” she said. “Change the way you eat. Stop buying Cuties and pistachios.”

“The other thing we need to do is disrupt the system. Get angry. It’s time to fight — we don’t have time left. The destruction needs to stop. It will affect the Klamath — and we won’t let it happen. Shut it down!”

“The problem is that this portfolio is just a catalog of ideas, most of which have been out there a long time,” she said. “The other problem

During her testimony at that meeting, Morning Star Gali of Save California Salmon, a Pit River Tribal Member, repeated to the DWR staffers a question that she had asked Natural Resources Secretary Wade Crowfoot at a meeting in Sacramento in February. The question challenges the claims by the California Natural Resources Agency, California Environmental Protection Agency, and California Department of Food and Agriculture that they “solicited extensive public input” to prepare the portfolio in response to an April 2019 Executive Order (N-10-19).

“The economies, heath and subsistence of Tribal and coastal communities rely on salmon. How will cutting regulations help protect these communities and restore salmon and why is DWR not reaching out to North State rural and salmon dependent communities on things like the tunnel and water portfolio?” Gali asked.

Meanwhile, California officials continue to move forward with their plan to fast-track the design and construction of the Delta Tunnel. Tunnel opponents believe it is very clear that the Newsom administration has its mind completely set on building the project, regardless of its impacts on the San Francisco Bay-Delta ecosystem

“The Governor’s Water Resilience Portfolio should have considered the distinction between local water supply reliability and State Water Project delivery reliability, but the Water Portfolio relied on DWR’s definition of “sustainability” as reliability of Delta exports,” said Des Jardins. For more information, go to: https://cah2oresearch.com/2020/07/28/delta-tunnel-dwr-rejects-consideration-of-no-tunnel-alternatives-in-eir/