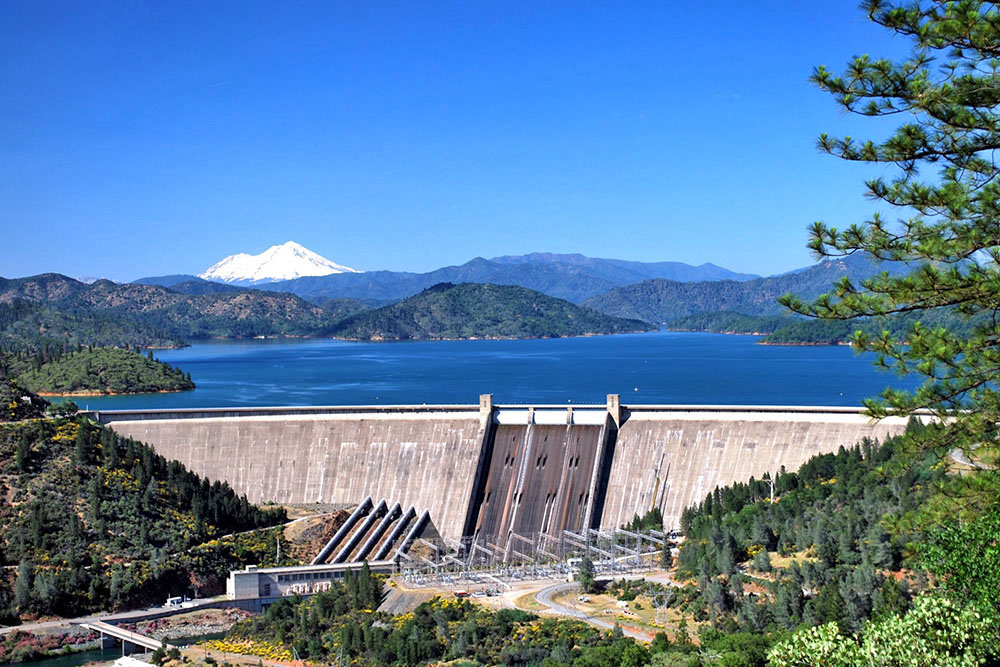 Reclamation has been pushing the dam raise proposal for years to deliver more Sacramento River water to the Westlands Water District and other corporate agribusiness interests in the San Joaquin Valley. The Winnemem Wintu Tribe, other California Tribes, environmental groups and fishing organizations are opposing the proposal because it would result in the destruction of imperiled salmon and steelhead populations and result in the inundation of the remaining sacred cultural sites of the Winnemem Wintu.

In an enormous conflict of interest David Bernhardt, the Secretary of Interior, is a former lobbyist for the Westlands Water District, the main proponent of the dam raise proposal.

“Website visitors will be able to learn more about the project, review summaries of Draft Supplemental EIS chapters, and submit comments,” the Bureau announcement claimed.

Reclamation released the Draft Supplemental EIS in accordance with the National Environmental Policy Act on August 6. The report includes updated project information relevant to Clean Water Act 404(r), revised modeling reflective of operational changes from the 2019 Biological Opinions, and updated analysis on effects to the McCloud River. The original 45-day comment period is extended by two weeks and will close on October 5.

Providing irrigation water to the Westlands Water District and other corporate agribusiness interests  so they can grow almonds and other crops for export “is the sole purpose of exporting more water that the north state cannot afford to ship from mountain streams and rivers,” said Caleen Sisk, Chief of the Winnemem Wintu Tribe. “Especially when there are no efforts to help maintain the high mountain streams, rivers, meadows, and trees. You have already taken all that can be taken without now DRYING UP the source. Get rich some other way!”

The dam raise, in conjunction with the construction of Sites Reservoir, would not only sacrifice water, salmon and the Delta to the greed of agribusiness barons, according to dam raise and Sites Reservoir opponents. The dam raise would also inundate or impact sacred sites integral to the Winnemem Wintu’s culture and history. Sites that would be flooded include Children’s Rock and Puberty Rock, vital sacred sites for the Winnemem Wintu’s Puberty Ceremony for young women.

The Winnemem Wintu, who held war dances at Shasta Dam against the raising of dam in 2004 and then again in 2014, call the dam raise a “Weapon of Mass Desecration.”

“How would you feel if someone was coming to burn down your house, everyone knew it was going to happen, but no one — not even the people who are supposed to protect you — cared enough to stop it,” said Marine Sisk, Chief Caleen Sisk’s daughter, on Winnemem sacred sites that would be drowned by the proposed raise of Shasta Dam.

Friends of the River has easy action alert from that you can fill out to send a letter comment on the Shasta Dam Raise Draft Supplemental EIS: https://actionnetwork.org/letters/our-preferred-alternative-to-the-shasta-dam-raise-is-dont?source=direct_link
“The Trump Administration has a problem; they’ve promised their supporters in California that they will raise Shasta Dam and flood part of the protected McCloud River. But under the California Wild & Scenic Rivers Act, the state can’t issue them Clean Water Act permits and the Obama-era final environmental impact statement (FEIS) for the project concedes that the reservoir expansion is in conflict with state law.
What are they trying to do?
What can you do?
Ask Bureau of Reclamation to prepare an honest supplemental EIS that concedes that the project is in conflict with state, that they can’t get state permits and approvals for the dam raise, and that the project is in conflict with federal water law which requires the Administration to comply with state law.
From there, they need to prepare a Record of Decision for the project conceding the obvious and selecting a “no action” alternative and close out the project.
Again, here is the link: https://actionnetwork.org/letters/our-preferred-alternative-to-the-shasta-dam-raise-is-dont?source=direct_link
Also, the Draft Supplemental EIS is available at:
https://www.usbr.gov/mp/nepa/nepa_project_details.php?Project_ID=1915. Submit comments by close of business on October 5 to David Brick, Bureau of Reclamation, CGB-152, 2800 Cottage Way, Sacramento, CA 95825, via telephone at 916-202-7158 (TTY 1-800-877-8339); via email at dbrick@usbr.gov; or via the virtual open house website.
FacebookTweetEmailPrint