Salmon Fishing Is Tough, But Fish Are Big & Bright

SACRAMENTO – Salmon fishing has been slow for anglers fishing in both the Sacramento River and the American River in the metropolitan area, but the fish anglers are catching on plugs and spinners are big, quality Chinooks.

“Mike and Chris made the best of it today while getting two nice kings,” said Smith. “One fish, a 16 pounder, was really fresh and bright with scales hitting the floor after we got it in the boat. The other fish was a real hog weighing about 22 pounds.”

On his previous trip, Gino Corsi caught an 8 pound bright king while trolling the same area with Smith.

Jerry Lampkin of TNG Motor Sports Guide Service returned to the dock with two king salmon to 17 pounds on his latest salmon trolling adventure on the Sacramento in the metropolitan area, reported Craig Newton of Willfish Bait and Tackle in Auburn.

“The metropolitan salmon fishing this season has been very tough with poor water conditions,” said Jay Lopes, fishing guide. “We did run a trip today and had a nice midday bite but unfortunately this will be the last bite of the season for us until next year’s salmon season.”

Bureau of Reclamation water releases from Nimbus Dam to the American River continue to be 550 cfs to “conserve storage,” according to T. Washburn, Reclamation spokesperson.

Fishing pressure for salmon, steelhead and striped bass remains very light on the American River, due to the very low water conditions.

Catfish remain your most consistent local angling prospect at this time. Anglers can head out in the early morning and evening hours to catch channel catfish in the Sutter and Yolo Bypass and a myriad of Delta sloughs. Fishing is best with chicken livers, sardines, anchovies and prepared baits or live minnows.

The CDFW’s Fishing in the City program also stocks local ponds with channel catfish (April – October) and rainbow trout (November – March). No fishing clinics are scheduled at this time.

NAPA –  The kokanee salmon season is over at Lake Berryessa, but anglers can now target the big king salmon and rainbow trout that this lake is known for.

“I took my good buddy Chris for his favorite fishing at lake Berryessa – for rainbow trout,” said Rich Crispi of TW Guide Service after his most recent trolling adventure at Lake Berryessa. “We really got into some nice ones and lost a few nice ones.”

“We filled up the stick with solid Eagle Lake trout and CDFW holdovers that are starting to put the feed bags on,” he stated. “We experienced great action from 40 to 70 feet deep. The fish ranged from 2 to 3.3 pounds and up to 20 inches long.”

They moved around the main body until they filled the cooler with limits by 1 pm. “The bite came con strong around 10 am until 1 pm,” he added. “Now’s the time to get nice 18 to 22 in trout and kings at Berryessa.”

Bass fishing continues to be good for anglers spooning at Berryessa, according to Dan Paganelli of Paganelli’s Bass Fishing Experience.

“Two clients fishing with me caught and released a dozen bass while spooning 40 to 50 feet deep,” said Paganelli. “We used 1-3/4 oz. Blade Runner spoons matching the size of the bait. We caught all three species of bass,, but mostly smallmouths and largemouths up to 4 pounds. We targeted offshore structure on the main body.”

Anglers may monitor the quota status of open and closed sections of the Klamath and Trinity rivers by calling CDFW’s fishing information hotline at (800) 564-6479.

ANDERSON  –  The Sacramento River fall salmon season is definitely winding down in the Anderson area, but we still have a lot of available Kings holding in the Barge Hole before heading up into Battle Creek towards the Coleman National Fish Hatchery.

We’re still seeing good numbers of salmon around, but the Kings we are catching are not too far from entering the spawn mode.  Most of the Kings are pretty dark right now and we’re not seeing many fresh late fall salmon showing up just yet.

We are seeing some new steelhead showing up in the Anderson area, and just like the late fall salmon run, more and more hatchery steelhead will be showing up every week now.  For most, fishing with cured roe has been the most productive, but some salmon are being taken on Killer Fish plugs too.  The plug bite has been an early morning show and the bait has been best starting around 8:00 am or so.

Flows are still sitting at 6,800 cfs, but we’re expecting flow drops in the coming weeks.  Water temps are holding at about 58 degrees most days and with cooler weather, I’m sure we’ll continue to see a slow drop in water temps depending on what levels Shasta Dam managers are pulling water from.

Lower flows and warmer than normal water temps forecasted for the in-river fall salmon spawning event will likely result in poor survival of this years fall salmon egg drop.  Flow drops in the coming weeks will most certainly result in de-watered redds and many, if not all of our wild spawned salmon eggs will certainly perish in the shallow gravel beds this season.

Please consider joining the Nor Cal Guides and Sportsman’s Assn and their fight for more salmon production on the Sacramento River.  Without a sportsman’s advocacy organization such as NCGASA, the future of our Sacramento River King salmon runs will remain in serious jeopardy. 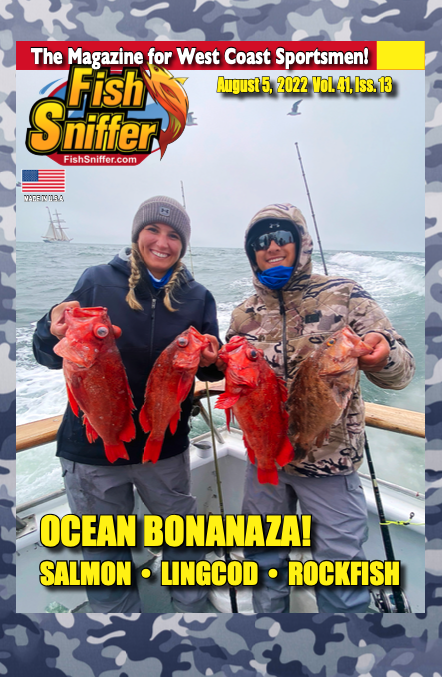