For many years I spent the entirety of my time on the water chasing after little green fish from the deck of a bass boat. I used to scoff at the idea of spending my valuable time fishing for anything but bass. It is ironic that a couple of my bass fishing friends used to tell me how much they enjoyed fishing off the coast for rockfish and lingcod. “It’s a blast,” they would say. “You can fish swimbaits or jig iron, but these fish pull way harder, it’s like bass fishing on steroids” 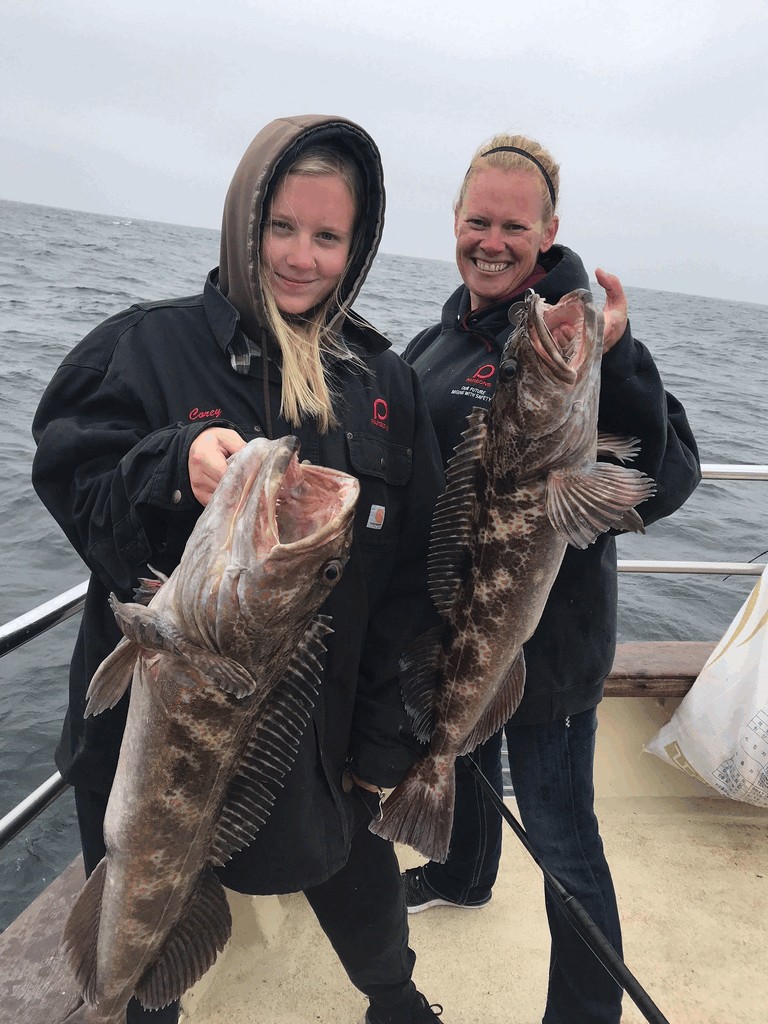 Well you know what, they were 100% correct. Rockfishing is so much fun and it has become one of my favorite types of fishing. Thankfully, here in Northern California we are blessed with many excellent rockfishing opportunities.
I appreciate the fact that I can make a reservation on a charter boat and it is basically turn key fishing. No boat to tow to the ramp and no post trip clean up. Charter boats run out of harbors up and down the coast. Closer to the Bay Area, boats leave from San Francisco, Emeryville and Berkeley.
After more than a month of trying, including two trips lost to unfavorable ocean conditions and another canceled due to an error in booking, I finally found an opening on my calendar that allowed me to join Captain Jonathon Smith aboard the Happy Hooker for a day of much needed rockfishing.
Indian Summer is typically a great time to be on the ocean, but this has been an uncharacteristically windy year on the coast. As we left the Berkeley Marina, the wind was already blowing inside the bay and by the time we reached Point Bonita it had picked up speed. In fact we were greeted by a steady stream of private boaters who had decided it was a bit too rough and were headed back inside the bay.
When Captain Jonathon headed north up the coast I thought for sure that we were going to fish the Marin Coast Line. But I was wrong as he ever so subtly made course westward in effect running the swell troughs and smoothing out the ride.
“Local wind,” said Captain Jonathon. “It should lay down as we get further off shore.” Never doubt the Captain, he was spot on with his assertion. By the time we reached the Farallon Islands, the wind had subsided.
At the safety meeting, deckhand Greg instructed the group to use shrimp flies for the rockfish and trap rigged herring for the lingcod. Fish Sniffer Editor, Cal Kellogg once told me. “Listen carefully to the deckhand and the captain and follow their instruction. They fish everyday, they know what works best and they want you to catch fish.”
Who am I to argue with that? Within minutes of setting the drift, the rockfish started to come over the rail at a rapid pace. It was wide open fishing from the get go. Throughout the morning the folks around me were were consistently doubled up.
My buddy Ian likes to fish for lingcod even more than I do, and it was not long before a big fish took his herring. He fought the fish briefly before it came unhooked. “That was a big fish,” he said in disgust. But he quickly bounced back from his disappointment and was hooked up again. This time the outcome was different and after a spirited battle, deckhand Greg skillfully gaffed a nice double digit lingcod and swung it aboard.
While Ian was getting bit like mad, it took a while for me to get my first bite. Finally I felt the tell tale grab of a lingcod. I let the fish load up the rod and then with a strong reel set I was hooked up. Lingcod have a reputation for hitch hiking on the bait without getting hooked. To counter act this, I kept steady pressure on the fish and just kept reeling. Pumping the fish often results in disaster when the lingcod decides to open its jaws and let go of the bait.
Soon I saw color as the fish came into view. “Lingcod!” I shouted and Captain Jonathon was soon at my side gaff in hand. A quick swipe of the hook and the fish hit the deck.”
As is common place with rockfishing, when the fish are biting, the day can turn into a blur and before you know it the Captain has the boat fired up for the ride back to the harbor. This outing was no exception, despite Captain Jonathon’s instruction to wind our lines up, I wished the day was not over. A day fishing on the Happy Hooker is always a pleasure and this was no exception.
At the end of the day, the boat finished with limits of rockfish and a fish and half on the lingcod. As the calendar moves deeper into the Fall, the fishing will only get better. As an added bonus, the Happy Hooker along with many other boats in the fleet will begin running rockfish/dungeness crab combo trips starting on November 3rd. These trips always fill up fast so don’t wait, make your reservations soon. To book a trip with Happy Hooker Sportfishing please call 510-223-5388.